This post is 3 + months outdated. She celebrated her birthday on Apr 22 at the childminders and Boon kor kor passed me the photos in cd 2 weeks ago. 3 months late but better than never.

I was surprised when I saw the photos. They put in so much effort to celebrate her birthday, I feel ashamed when all I did was bake her a cake. :(

Here's some clips of the moments ....


Preparing for the party, she helps with the balloons .. 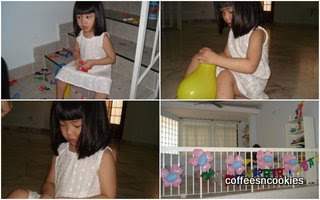 bits and pieces of the center : 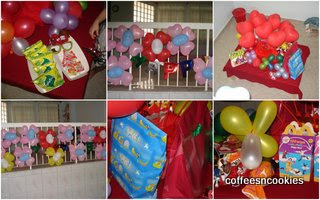 posing with the Happy Birthday banner she helped put up: 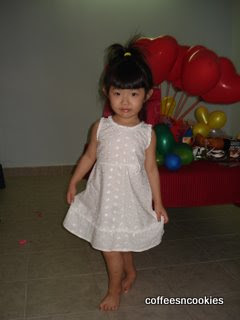 She's alone by herself as the other kids have gone to kindie. Amber eagerly waits for them to return ,

and she helped arrange the banner : 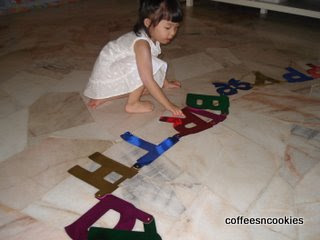 then she takes her nap, with Elmo ! 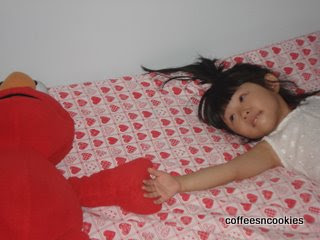 a happy Birthday princess, she was .. 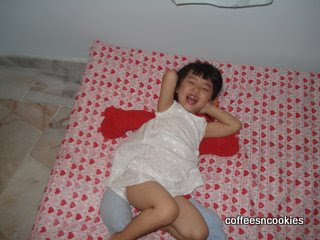 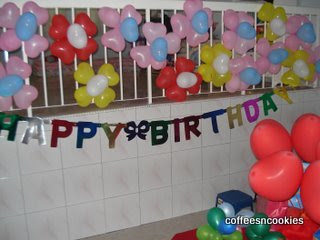 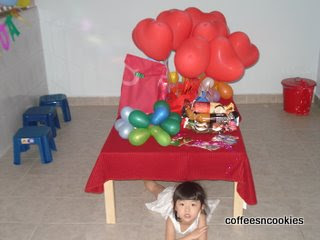 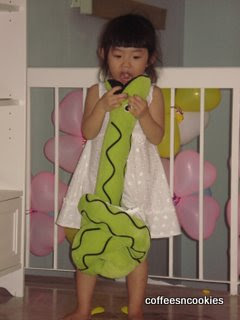 she also help pump some balloons with the foot pump 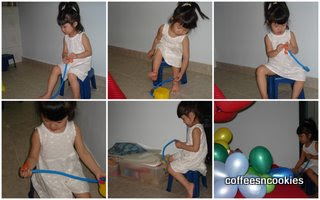 read a book on sea animals. She learns seals, dolphins, sharks from this book :) 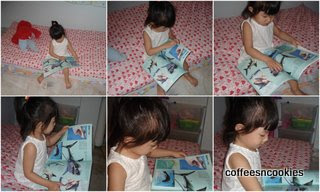 The kids are back !!! and the younger kids (at another center) comes over to join the PARTY !!! 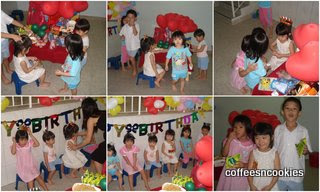 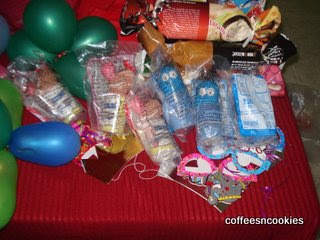 the kids having fun 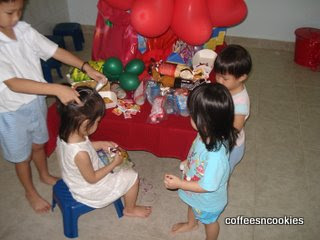 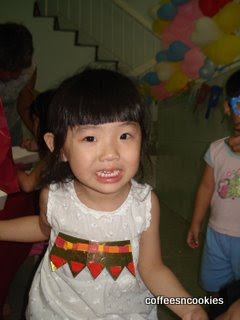 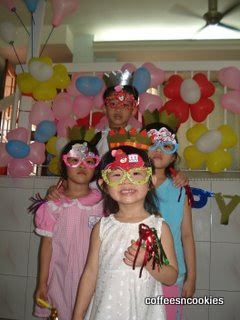 This is the cake we made for her... 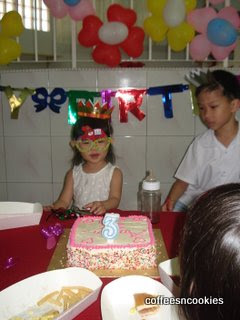 My little princess was 'Queen' for the day, all eyes on her and all attention on her. No wonder she loves birthdays so much. 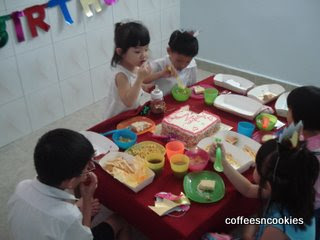 I like the following photos very much :
The bigger kids giving her a hug .. 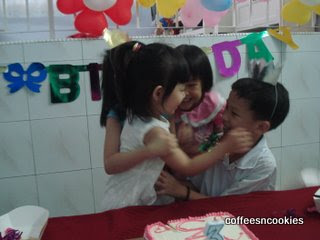 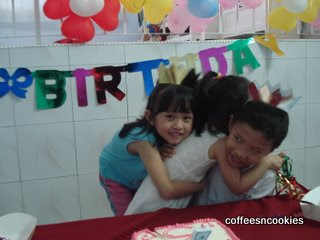 She's hugging her 'nemesis' . She always annoy and argue with this little boy in her first few weeks joining this new center but now they appear to be best friends... Awww. so sweet.. 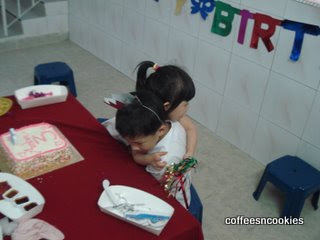