I've got some lovely potted plants growing at my backyard. 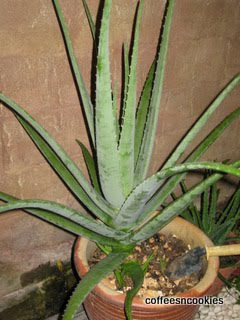 The thick luscious very meaty aloe vera. Apparently,South American variety.. if I take care of these well, it can grow to very thick and >1kg in weight per stalk...
My ex-Cambo helper was helping herself to the aloe vera.. using it as a mask for her face, very oi-leng hor ? Since then, nobody paid much attention to it. I thought it'll be waste to let it wilt away.

And then I have these kaffir limes screaming out to me : 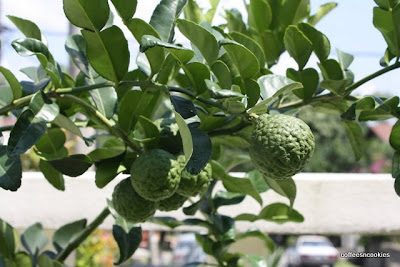 The kaffir lime trees, after my daily watering, constant fertilizing bore me a lot of fruits. Very obedient tree this one, unlike the lemon plant.. water and fertilize, not a single flower budding. 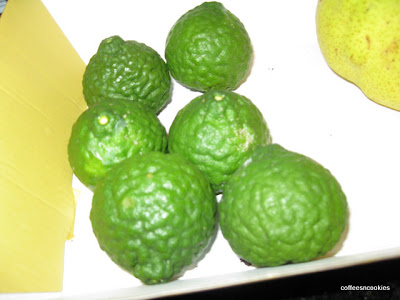 I have so many limes hanging from the tree, the thing with this lime is they don't turn yellow. I don't know if it's ripe or not but lately when I press or squeeze them, it's kinda 'soft' to the touch, unlike the rock hard kaffir limes sold at the market. I plucked a few giant ones.

And.. I thought of a combo of both.. aloe vera and kaffir lime.. Coffeesncookies homemade.. very original.. never heard of this desert before..
This is what I did: 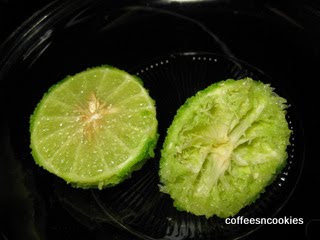 Shred the rind of lime, and juice it.. so juicy, unbelievable !!! Usually, any cooking will require just the rind and discard the flesh but the limes were so juicy and I didn't want to waste it. 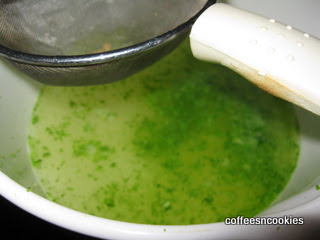 Boil a syrup thick syrup and add in rind and juice. 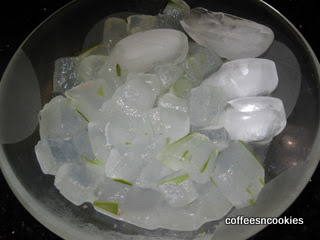 Peel the skin of aloe vera and cut to chunks. Put to boil for 1 minute and drain. Add ice cubes 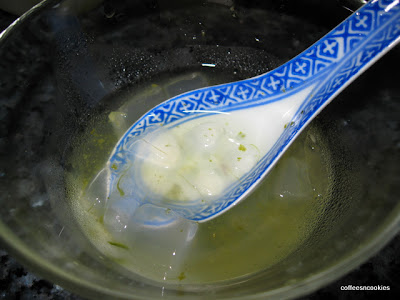 Add kaffir lime syrup.
So yummy and refreshing.. our friends Thomas and Joanne was the willing guineas to try out my new concoction, they too, find the exotic desert very refreshing.
Now, we thought it'll taste even better with vodka..
hmm... vodka + shaved ice + kaffir lime syrup + aloe.
Kaffiraloe Magarita ??
I need to get a bottle of Vodka asap !!!