After the dinner we had at Bei Zhan, we still had room for desert.. hehehe.. Actually I was complaining to my sister in law, we never get to eat Malaccan specialty, or chien, er giaw, cendol and everytime it's Bei Zhan that we go. Me, being a foodie, will always look out from the car window whenever we drive past the bustling Malacca city at night. There's soo much to savour.

Sis in law suggested a nice cendol place, in a shopping center at Dataran Pahlawan, where the new Carrefour is located. 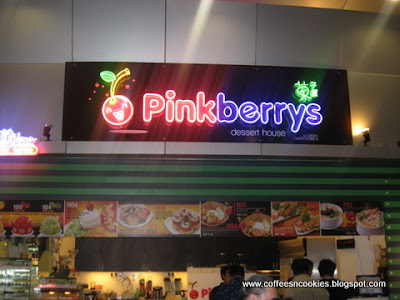 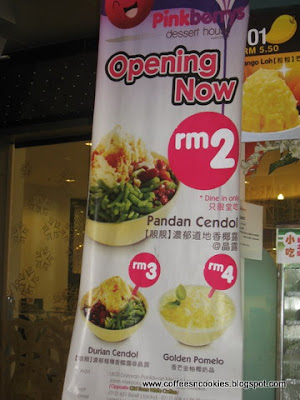 Very cheap too ! Where else can you find a thirst quenching, satisfying desert for only RM2. I heard from bil, the 'opening special' has been around for quite some time. 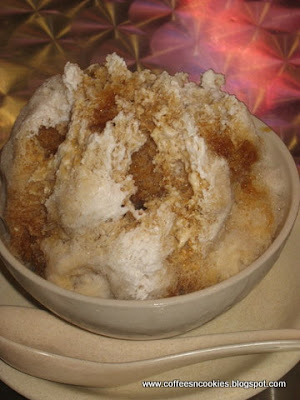 The cendol. To die for. Why ? The finely shaved ice, almost dustlike, the fresh coconut milk and aromatic gula melaka. 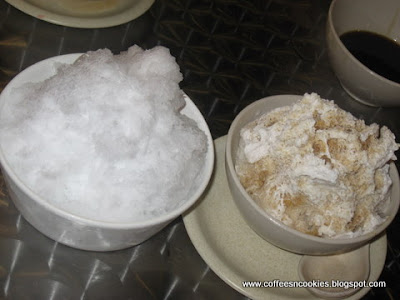 The taste was very pungent, we had to add some more of the 'fine ice'. So our 1 bowl became 1.5 bowl... hahahaha.
Strongly recommended. Really good and surprisingly cheap. I do not know where else to get desert for RM2 !!!!