Been yearning for the soft rice balls for a long time. Last month when we went Tangkak, I made hubs stop by at Malacca to satisfy my craving for all things Malaccan.

We do go Malacca every month or so with in laws but our routine is pretty much fixed. Shopping center -> restaurant -> home. No stopping by at Jonkers Street so last month's stopover, I had to have all I can, even though I was down with a bad cough.

The infamous chicken rice ball is located at a junction/crossroad , across Stadhuys and opposite OCBC Bank and San Shu Gong tit bits and souvenir shop. 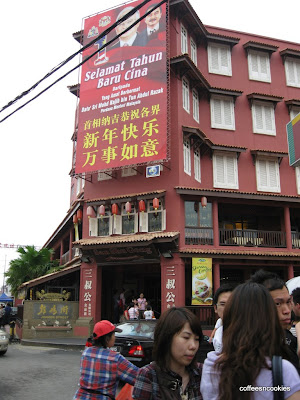 I was there around 1pm and there was a long queue in front of me. Luckily hub dropped me off first, I can queue while he hunted for parking. 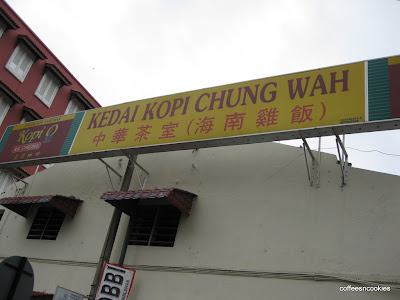 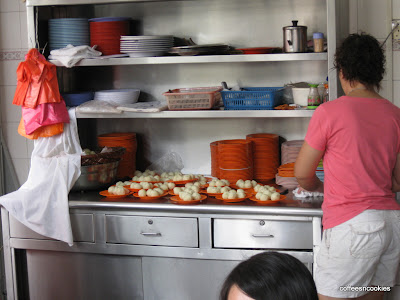 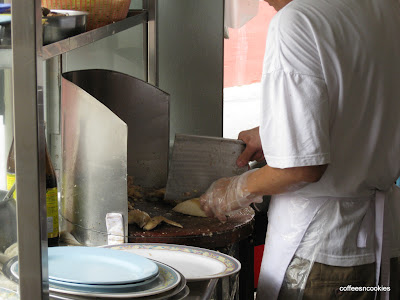 Check out the size of his cleaver. Don't play play ! 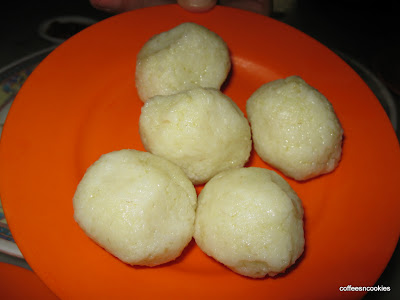 One serving plate consists of 5 balls of rice 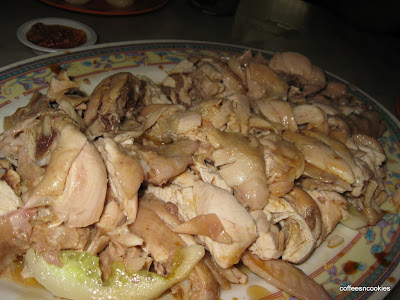 and the chicken.
I forgot to take pics of the chilly sauce, was coughing so badly, no chilly for me.
We had lime juice and it's disappointing. I want to note :
- lime juice wasn't like before. Now, they used 'calamansi' , the cheaper version.
- chicken wasn't as tasty as before. I remembered the last time I was there, I could smell 'pandan' in the chicken and it was really tasty. Now, it's just plain and badly chopped chicken like before .
- rice - pass only. soft and oily but a bit lacking in aroma. Probably lack of chicken fat !
Would I go again ? Not unless it's a weekday, no queue and parking is available easily and nearby too.
I was told by my colleague from Malacca, Chung Wah's chicken rice ball isn't the same anymore since the owner/father passed away. The son took over and well, the chickens not the same.
I was also told there is a better stall just near City Bayview Hotel. Same street and just a few blocks before the hotel. Go early, the stall wraps up by around 1pm when they run out of chicken rice balls.
I'll save that for my next trip ! Not giving up on chicken rice balls yet !