On Day4, we had breakfast with Annie and the boys at a mamak at Bangsar. Hubs liked the roti and dhal so much and has been requesting to go there again since. 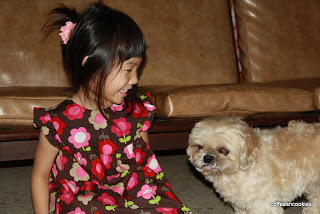 After breakfast, we went to 3rd Aunt's house at Jinjang for lunch.
Amber loves dogs and she played with Chiro. Amber kept tickling Chiro until Chiro had to hide under the chair and away from Amber. We had a good laugh. 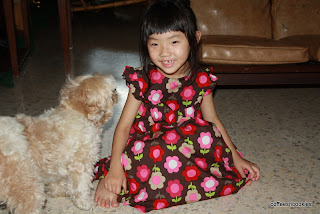 One sad thing to note on Chiro. She had a playmate - Aibo- a black Chow Chow. Aibo is my aunt's beloved and sleeps on the floor in my aunts room. This year Aibo is missed. She passed away a few months back when the new Cambo maid accidentally closed the car door when Aibo climbed in. She left the locked in the car and out in the hot afternoon sun. Aibo passed out and the family was in tears when they found Aibo. The maid was sent back to the agent immediately and poor 4th Aunt, she could no longer trust maids.The house was a lot more quiet without Aibo's exciting bark.
Anyways, 4th aunt cooked a storm. She makes hakka char yoke exactly like how my grandma used to do. 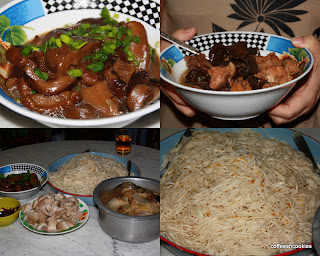 We had visitors in the afternoon, ES and his family. We shared a bottle of Carruades de Lafite 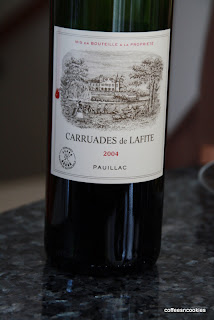 In the evening, we went to hubs' cousin's open house at Damansara Lagenda. Cosy, great food and hospitality and we had another up, close and personal encounter with the lion dance troupe. 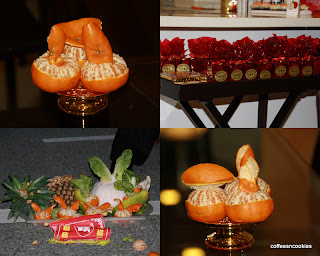 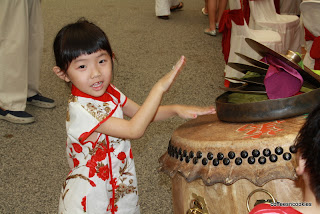 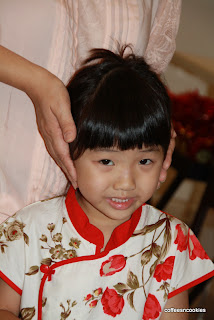 We left early and rushed to another gathering with my schoolmates at Ei Leen's house at Setia Alam. Although late, it's better than never. The kids had a blast, playing hide and seek at Ei Leen's new home while the parents indulged in cold beer, keropok and chitter chatter. 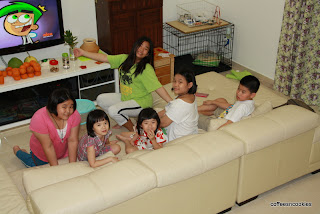 and that marks the end of an almost weeklong holiday. Monday was back to the grind,, waking up early to a long snarling traffic to work ....
Posted by coffeesncookies at 2/14/2011 05:25:00 PM