I opened Amber's ang pows last night and spend quite a bit of time admiring the myriads of designs and packings and counting money too. Her angpow money will be invested but I do not discard the packets away. I'll rubber band it and kept away in 'Amber's Box' - a box I stash away her mementoes, from her first pacifier, first feeding teat, first stick of 'pei-see' (yes, I am gross but there's sentimental value to it that I see) and everything else which I am too lazy to make a scrapbook out of and also stuff I think she'll treasure when she's an adult. 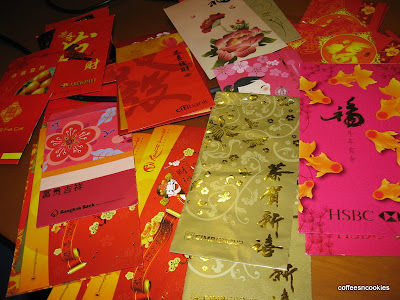 This is the most popular packet. She's received at least 6 of Carrefour's choy san yeh and tiger. 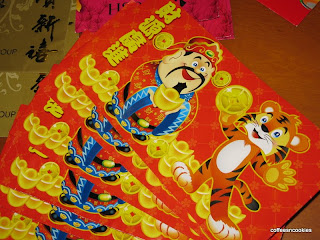 There are other cute ones worth noting : 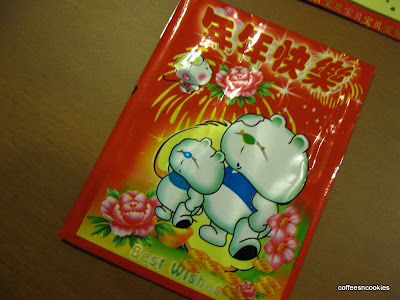 and some store bought ones 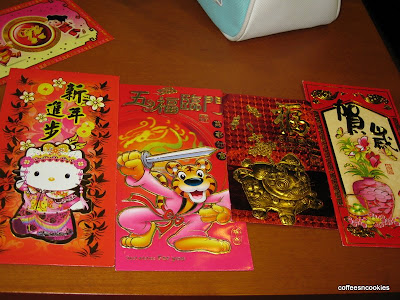 My favourites are these. I like the colour, design and paper texture: 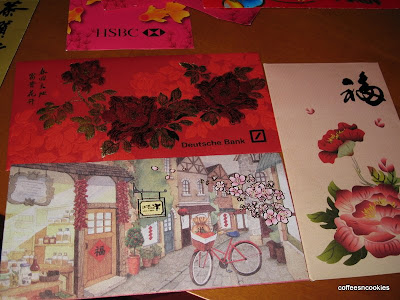 I also like this from OCBC. I've always liked OCBC packets but I don't bank with them so I can only look forward to Amber receiving them. 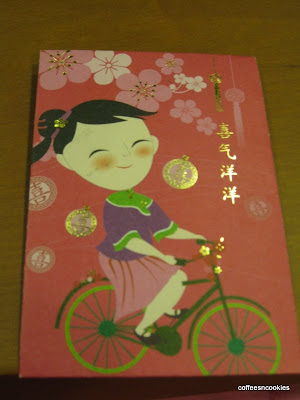 And from hubs and I, we've added a special note and wish for Amber. 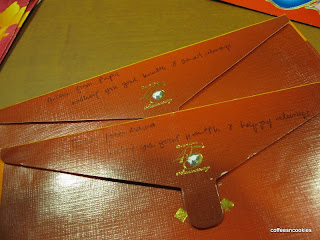 Long long time ago, ang pow packet is all about giving 'lye-see', good wishes were written on a piece of red paper, folded and given away, so I've kept all her red packets for her, keeping all the money packets good wishes in a box and not discarding them away.
Posted by coffeesncookies at 3/05/2010 11:16:00 AM