Hubs and me are of Hokkien - Hinghwa descent. Spoken hinghwa is very different from Hokkien. Our ancestors migrated from China in the early 20th century and every Hinghwa would be or have a relative involved in the bicycle shop, tyre business, auto spare parts and electronic components.

When hinghwas get together, we'll most likely talk about the wonderful 'thread noodles' ie soh-meen , the thin salty wheat flour noodles. What makes soh meen different it the saltiness which adds to the tastiness, the soft but yet firm texture and the inconsistenty in thickness. The noodles are handmade and therefore the thickness is sometimes inconsistent. A month or two before the lunar new year, my parents will be busy placing orders for the noodles. Orders have to be placed early or else you'll end up with none when the noodle makers take a break closer to the new year. My sister in law will give me one big pack so I never have to worry about supplies but they are only available in very few place, Kajang, Brickfields temple and Restaurant Hong Ngek to name a few 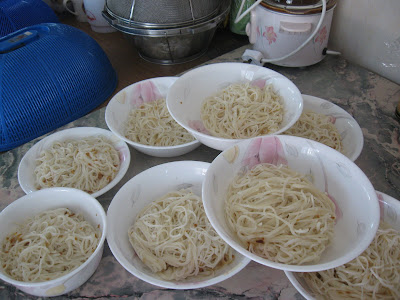 It's Hinghwa tradition and a must to have soh-meen on the first day. My father looks forward to have his first bowl of soh-meen for the year after the ancestor prayers. Same goes for hubs family.

What goes in the pot of of soup varies with families. At my in laws, we'll have chicken stock boiled with kampung chicken, pak kor (gingko nuts), peppercorn , pig's stomach and canned abalones.

On the first day, everyone will wake up to a bowl of steaming hot soh-meen. MIL will prepare the noodles, a delicate task which she has to ensure that the noodles are not too soft or overboiled. Then I'll drizzle shallots oil to each bowl before adding the soup. 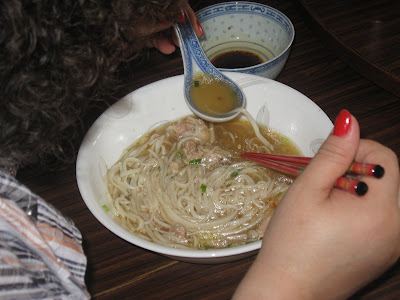 I can have bowls and bowls of the noodles, for breakfast and the leftover soup taste even better overnight when it's spicier as the peppercorns have fully released their flavour. 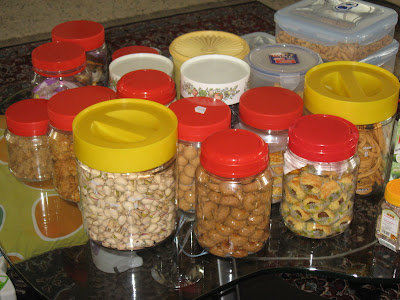 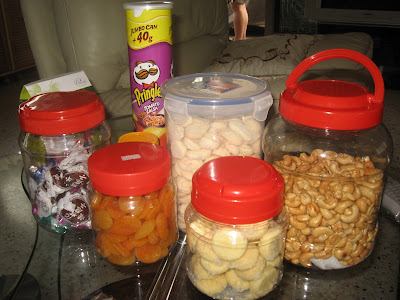 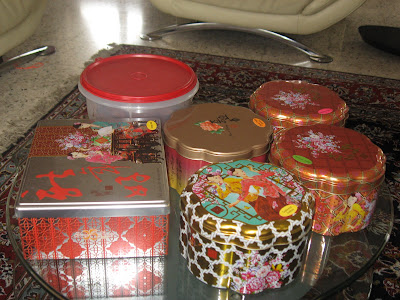 and more....
and how not to get fat with all the spreads ? esp drowning them with F&N Sarsi and Orange ?? 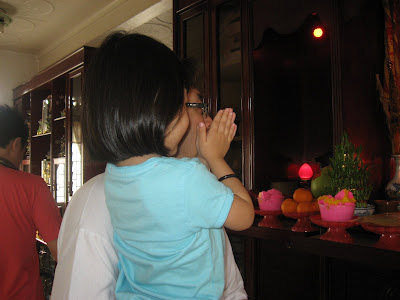 Amber praying to the ancestors 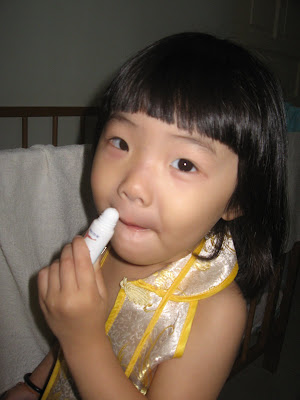 Getting ready, all dressed up to receive ang pow 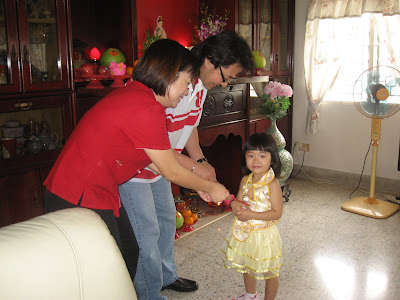 Wishing her 'fai kou cheong tai' , 'ping ping an an' 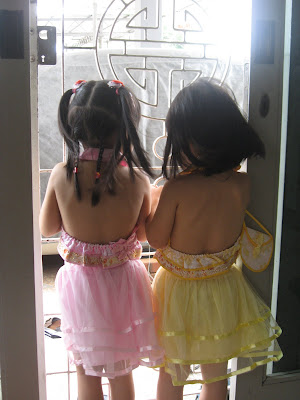 Amber and Yuen Wen getting ready for visiting
Around mid morning, we will all dress up and head to brother in laws house nearby to 'pai nien'. My SIL will be home waiting for us and again, we'll dig in on her spread of cookies and other yumz. 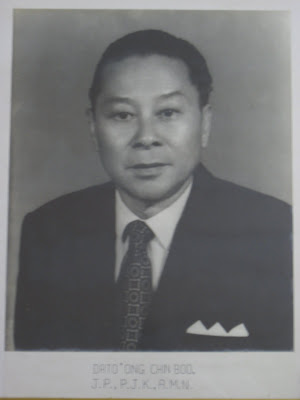 When my SIL did her pre new year house cleaning, she found some old framed photos of hubs grandfather, Dato Ong Chin Boo. We showed Amber Tua-Kong's photo, dated 1968. Tua Kong was born on 1908 and passed away on 1976
He was an immigrant from Fujian - Hinghwa province. Came to Malaysia by sea when he was 12yrs old with his younger brother and parents. They settled in Tampin, worked as an apprentice mechanic and later set up his own spare parts and bicycle/motorbike repair shop before branching out to bus transportation company.
Amber was confused as we told her Tua Kong is Yeh-yeh's papa or Papa's yeh-yeh. She kept talking about yeh-yeh papa, papa yeh-yeh for 2 days. 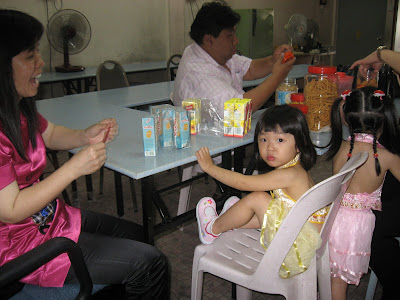 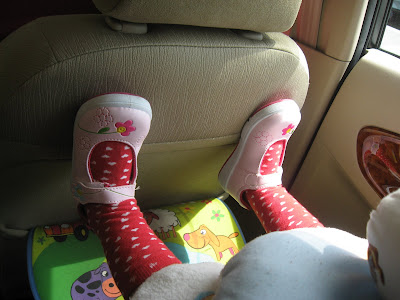 Amber with her red love love socks. Thanks for planting your footprints on mama's car k ?
In the afternoon, we'll all head to Malacca and watch a movie. It's the Ong's family tradition to watch a new year movie on the first day. This year, there's 17 of us and we watched Alls Well Ends Well. Quite a boring movie but Amber was well behaved and stayed still throughout the movie. 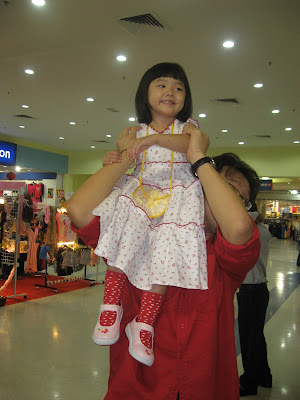