What Happened at Kidzania 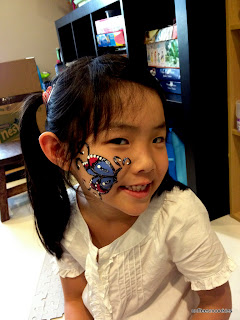 Earlier on I blogged about Amber going to Kidzania with her enrichment class.

Here's what she came home with :

Reached home around 2.30pm and I guessed they didn't do much. I was told you need to spend at least 6 hours at Kidzania (god forbid, how to stand 6 hours there ?)

The teacher assigned a girl, in her early teens to look after Amber and another kid.. much to the girls annoyance :(  .. but she did anyway.

She was given some Kidzania money to start off with and our little missy went to the tattoo station, choosing an elaborate butterfly, taking up a lot of her allocated Kidzania hours.

They had lunch at Kidzania but she didn't take much of it. She came home, screaming "HUNGRY"... 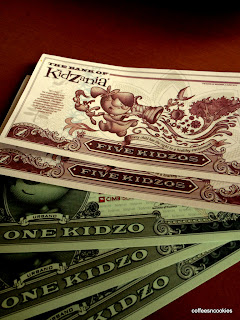 Her response on Kidzania ?


I probed further.. apparently, tattoo was all she did ! They wasted too much time queuing up and listening to instructions and I do think she's still too young to read the map and understand the whole concept of Kidzania.

She's been bugging me to go again I'm planning to ponteng one fine day to make a trip Kidzania.