I can't believe myself for being such a sport. I actually looked forward to watching the World Cup at the Mamaks. Hubs said it's alright if I don't go, he'll go alone. I asked him to bring Amber along and then he pleaded with me to go along *snigger*.. hehehee..

It's fun aitelyu, the whole place vibrates to shouts of GO GO GO GO GOOOOAALLLLL !!!!!!!! and you can hear the tempo change when the goal was not. 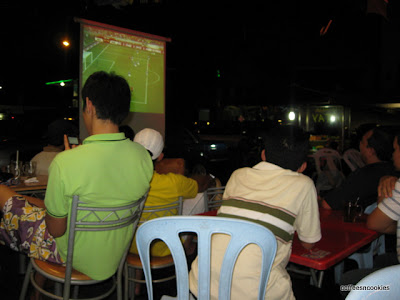 The guy in green shirt,, a Holland supported,, jumped with joy with the first score of goal and then later the frustrated Brazilian fans seated at the back, shouts loud in disappointment, I can see the guy in green quiet down during Holland's second goal. Such is the football frenzy at mamaks ! 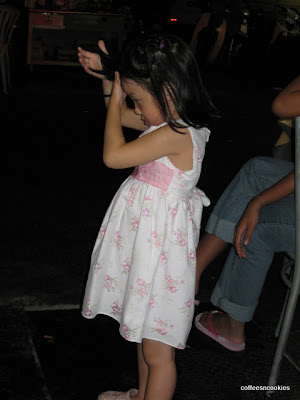 The kids went along.. not recommended to bring kids, they're easily and extremely bored with nothing to do..and they'll start jumping around, running around.. and we have to chase them around the Mamaks, being mindful not to block anyone's view. 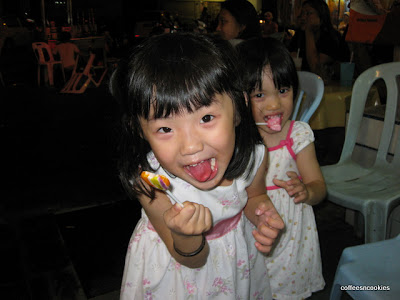 And to keep them quiet, I got them lollypops, but this trick only last no more than 5 minutes, then Amber will start rolling lollypop over Sharon's hair and sticking the lollies on her own hair.. haish... Amber !

Too bad all hubs favourite team is out of the game. That makes the final not-so exciting anymore, we're almost sure Germany will win the World Cup this time !
Posted by coffeesncookies at 7/05/2010 05:10:00 PM